More Stuff From and About Me

Over the span of my politically active journey, I have written and been written about many times. Aside from the original Style article and the next two pieces, all of my articles have been through RVA Mag. The first of these published was from Quail Bell literary magazine about Write for Your Rights along the regular thirteen-year-old side of me, and the second is an article I wrote through the ACLU of Virginia (note: I had originally planned for my Dawn Adams article to go to them, but it was too partisan) about sitting for the Pledge of Allegiance.


ONE NATION, UNDER GOD “Tell me, whether you can hereafter love, honour, and faithfully serve the power that hath carried fire and sword into your land?” - Thomas Paine, Common Sense


In 2016, Colin Kaepernick, then quarterback for the NFL’s San Francisco 49ers, began kneeling in protest during the National Anthem, causing a lot of controversy. His act of protest started to build momentum when other players followed his lead. He and his followers continued to kneel as a protest for injustice, but some believe these players have crossed a line.


“I am not going to stand up to show pride in a flag for a country that oppresses black people and people of color," Kaepernick said. Are the football players being reasonable? Is this worth it? Is it an issue of free speech or patriotism? What must we do to get our ideas heard or make a difference?


I am a seventh grader at Tuckahoe Middle school, and I have noticed many of the injustices in the world. As a result, I sit for the pledge in protest. Some names I’ve been called for doing so include: idiot, retarded, autistic, communist, commie, and socialist. Some of these names have been said straight to my face, others behind my back. Some of my classmates say I am disrespectful to the troops, but does the flag represent the troops, or does it represent the people as a whole? I believe the latter, and if the people aren’t treated fairly, I will protest.


It is a well known fact that every morning public schools across the country recite the Pledge of Allegiance, which says: “I pledge allegiance to the flag of the United States of America and to the Republic for which it stands, one Nation under God, indivisible, with liberty and justice for all.” I feel this is too similar to times in the past when schoolchildren were made to recite the Bible in prayer before class. Students should have the individual right to pray in school, but including God in the morning pledge does not seem an apt separation of church and state, and it may be threatening to polytheists or atheists.


From a purely constitutional standpoint, the American Civil Liberties Union has something to say on the issue of free speech. ACLU national Deputy Legal Director Jeffery Robinson stated, “Respect and love for America doesn’t require blindness to America’s failure to honor its promise of racial justice and equality [...] Kaepernick silently knelt, making no attempt to disrupt the singing of the anthem. He did not try to prevent anyone from standing. This textbook nonviolent protest is totally American.”


Many organizations stand with the ACLU in this sense. What does seem un-American though, are President Donald Trump’s numerous threats to Kaepernick’s free speech. No matter how empty the president’s threat is, no one, especially a governmental figure, can obstruct these freedoms.


Some have mentioned in Kaepernick's favor that forced patriotism is not true patriotism, as referenced in the ACLU’s slogan, “Dissent is patriotic.” Many believe that America should work to become the country that everyone wants and chooses to stand for, not that of the oppressors who force it.


In essence, Colin Kaepernick has definitely caused some controversy. Some people believe that his form of protest is disrespectful and should be stopped; some believe that it is the highest form of respect; some believe free speech is the top priority whether or not it’s respectful, and for others it’s a combination.


Whatever you think about Kaepernick and the pledge, and however you choose to demonstrate your beliefs, we the people, united as a country, must fight the ongoing injustice - not only racist individuals, but subtly racist fundamental laws make minorities so disadvantaged. Learn the truth and how to take action to stop inequality with these resources:


This guest blog reflects the writer's views and not necessarily those of the ACLU of Virginia.


Henry's Note: This article originally had an interview with What you lookin at, but it had to be cut because it was too partisan. (It's easy for my facts to seem like opinions when the other side is bullsh#t)

​Henry Haggard didn’t have an average summer vacation. At the time of the interview, Henry was 12 years and 9 months old. That’s why Facebook temporarily suspended his account shortly after starting “ACLU People Power”, a grassroots campaign group advocating for the right to have Constitutional rights. He had been spreading the word there about his letter writing and donation campaign “Write for Your Rights”.

Though having all of his posts removed made him sad, Henry has been unstoppable, already being featured in Style Weekly and RVA Magazine (two local publications) to spread awareness about his events and persistent activism to make the community and world a little bit better.

His mother Valley, who was with him at the time of the interview, was there supplying supplemental information and showing support for her son. She told me that even before he decided to support the ACLU, he had already been fighting against the Trump administration.

“He had been commenting and debating on pro-Trump Youtube videos before all of this,” she told me.

Henry nodded. “They were calling me autistic, a wimp, and crazy. I decided to not reply anymore, not because I was wimping out or trying not to answer their arguments. I tried showing them psychological research about confirmation bias, but they wouldn’t listen. I told them they should get off of the internet and actually do something.”

Did any of the internet trolls actually follow Henry’s advice? Doesn’t matter. Henry quickly sprung into action all by himself.

“Really and truly, it was all him,” Valley said, proud of her son’s activism. “He just started all of this [by himself]. He’s emailing representatives and senators all of the time.”

“Yeah, I’ve been doing a lot of adult stuff lately,” he said. Henry squished his face and made enthusiastic duck noises to properly balance his serious adulting while being a preteen. “That’s better,” he said smiling.

We had a short Q&A about what Henry has been up to and how others can follow his lead:

What gave you the idea to hold a “Write for Your Rights” event?

There was a lot of anger over the Trump election, so that was a good reason. I saw that the ACLU filed a lawsuit immediately after the Muslim Ban. I figured the ACLU would be a great organization to support because they were doing a great job. My original thought was to go to an ACLU-hosted protest, but there weren’t any at the time. On the website, it asks you what kind of event you want to host. One of them was letter writing. Since my mom is a professional writer and writing teacher, I decided to do a letter-writing campaign.

What was the turnout for the "Write for Your Rights" event?

84 letters were written and 130-something dollars were contributed in cash alone to the ACLU of Virginia. We had two jars with a sign that said, “Who least aligns with the Constitution: Trump or Pence?” People could donate money in either jar depending on their answer.

What other events are you planning to keep the momentum going?

We had Constitution Day on September 17th! For that event, we asked for donations of $5 (that went directly to the ACLU of Virginia) to attend and we wrote letters again. I have also had a chance to interview local candidates running for office, I attended an ACLU panel on police reform, and I will also be returning to Facebook once I officially turn 13.

Why is it important for young people to get involved in advocating for their rights?

Well, I’m going to be honest. Many of the letters people write aren’t going to be read by [their recipients]. But if you can’t vote, it’s one of the most direct ways to make an impact [along with] raising money for organizations that defend your constitutional rights, just like the ACLU.
Posted by Henry at 6:08 PM 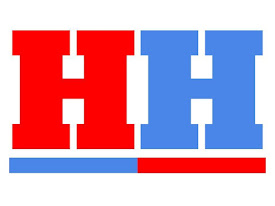 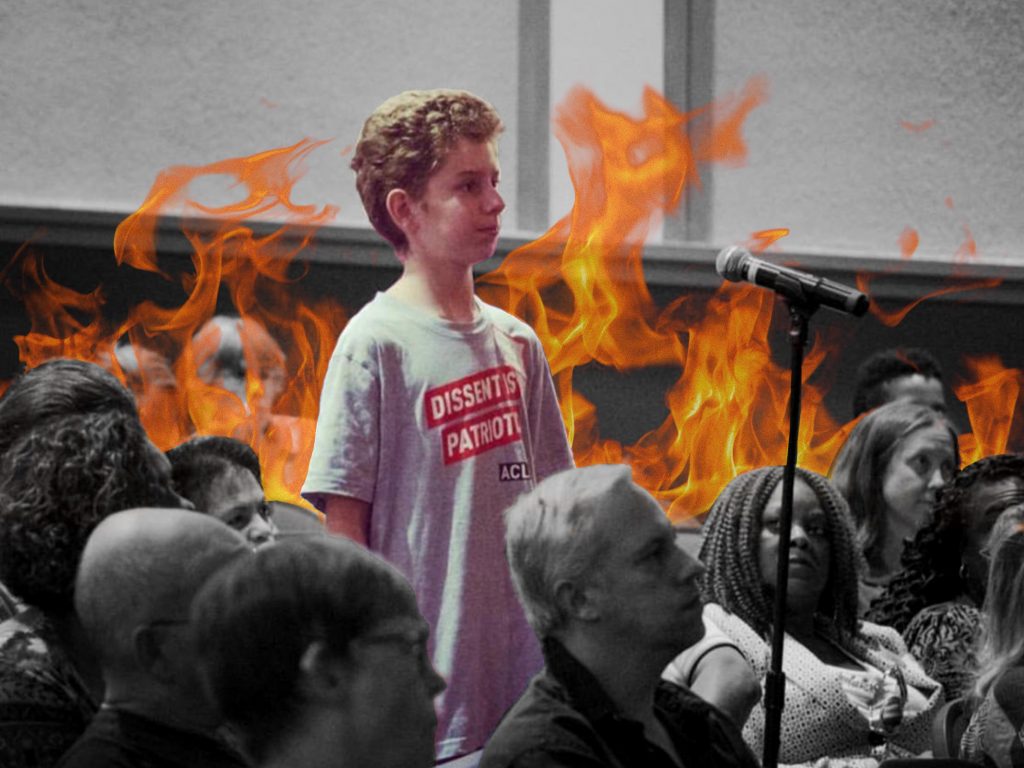